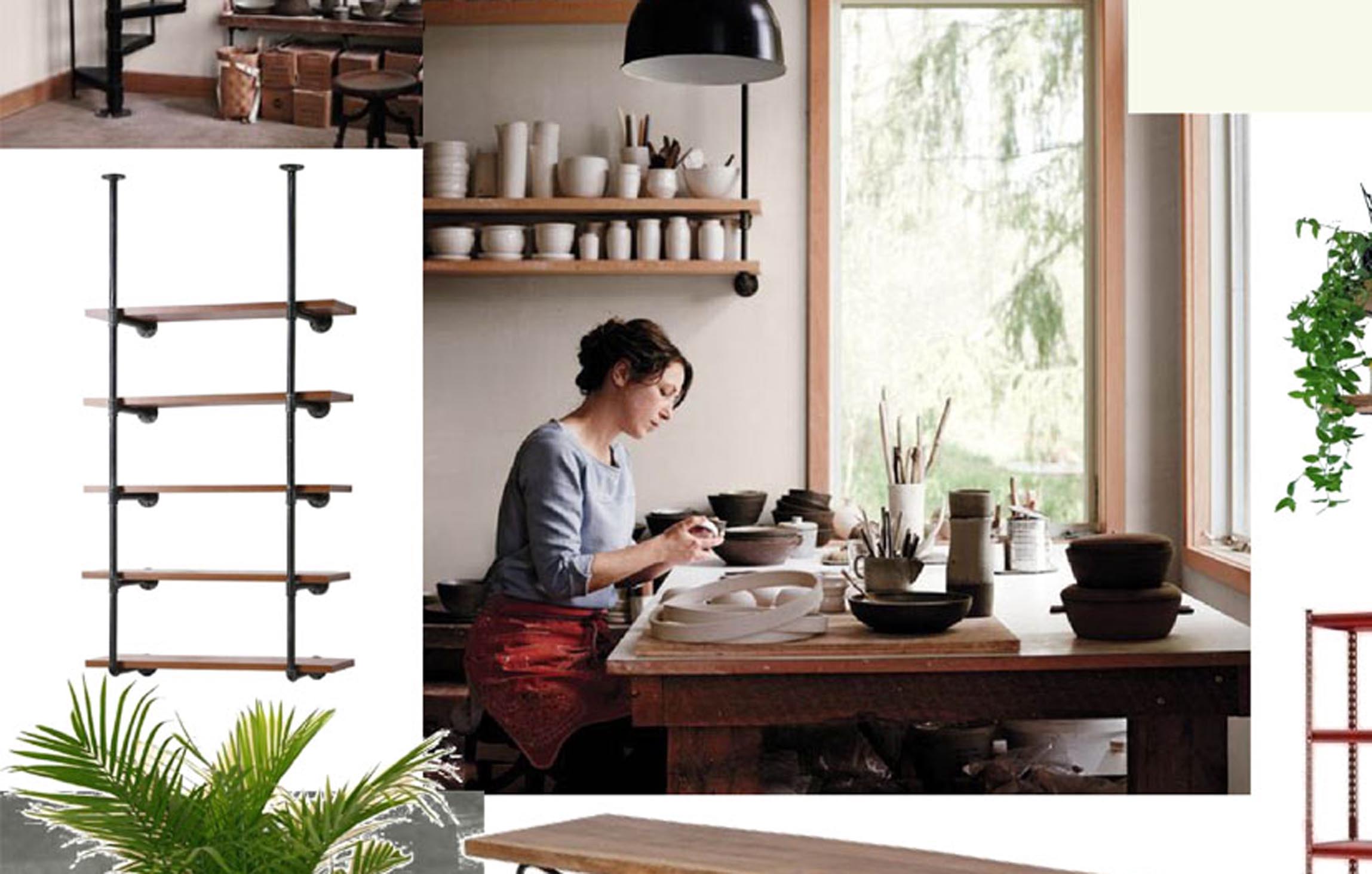 Brief: The studio was originally intended as a home office in the couple’s garden, but is now being utilised as a ceramic’s studio.  The workshop was used for storage and needed to be re-designed to offer a more defined use of space, with plenty of worktops and shelving for the ceramics process.  There is also a mezzanine area above that could be used as a sleeping area but needed protection from the dust the studio creates.

Conclusion: The clients were keen to have a fresh start and use the space to its best advantage by re-homing most of the furniture (except the wood burner and ceramics kiln).  The mezzanine space was rarely used as the studio was too dusty and plenty of shelving space was also needed.  As Jayne had primary use of the studio for her ceramics and her husband has a carpentry business, we decided that I should recycle as much oak off-cuts from Dominic’s business as possible for shelving and work tops.

Jayne’s design influences include; modern-industrial, minimalist with some Scandinavian elements: so I suggested a light and bright re-decoration scheme using VOC-free paints in off-white for the walls and ceiling and ‘smithy’ dark grey for the interior woodwork.

We recommended building a shelving area for books on the far wall of the upper mezzanine and an L-shaped day bed with under-storage on ground level.  This meant we could re-home most of the furniture, creating more floor space and extra wall-hung shelving, again using oak off-cuts for the shelves.  Bookcases were sourced as room dividers to create a ‘relaxed design den’ underneath the mezzanine and a natural muslin floor-to-ceiling curtain was sourced to hang as a room divider and prevent dust spreading.  A rocking chair, table, rug and cushions completed the new den area. 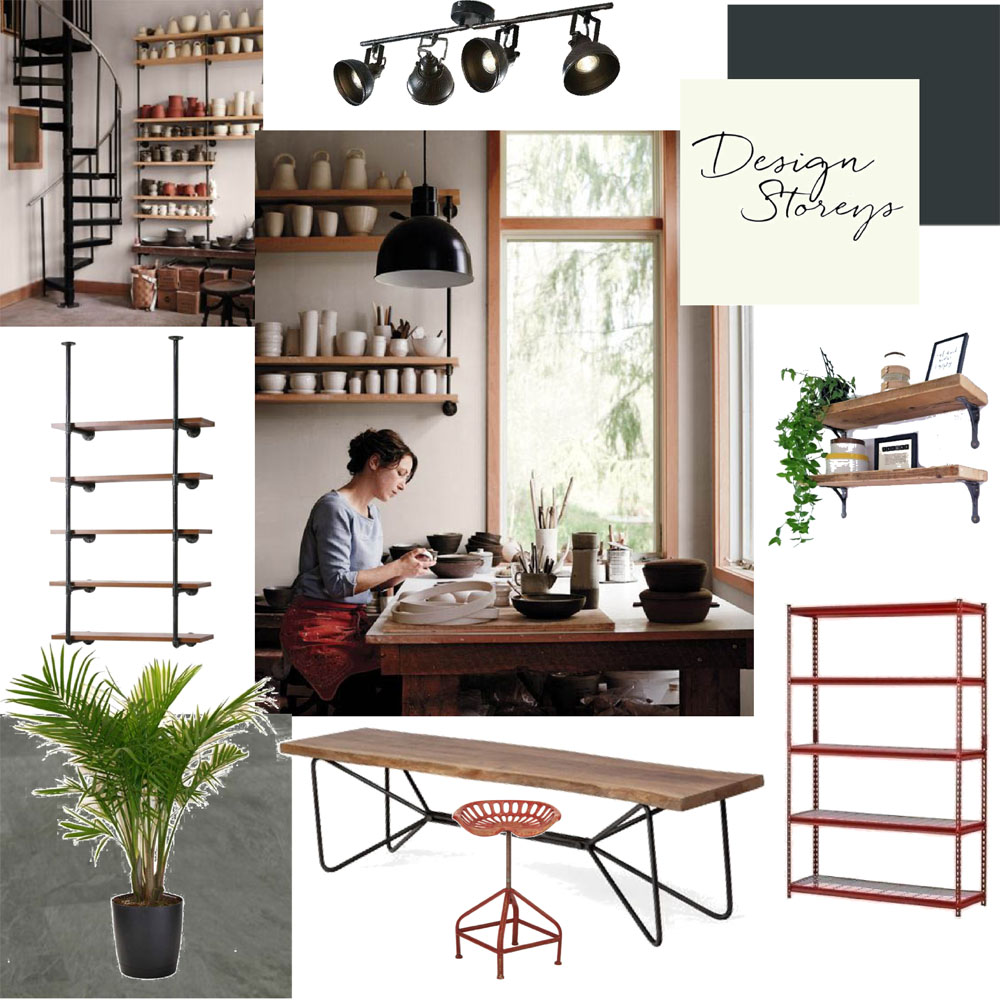 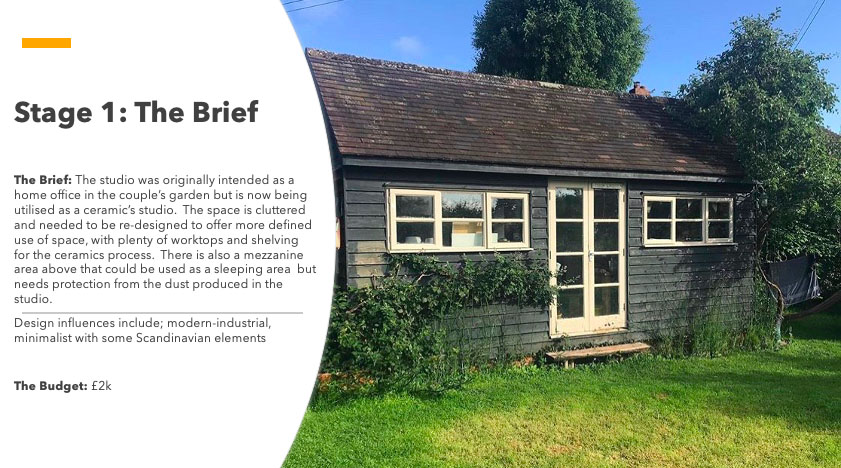 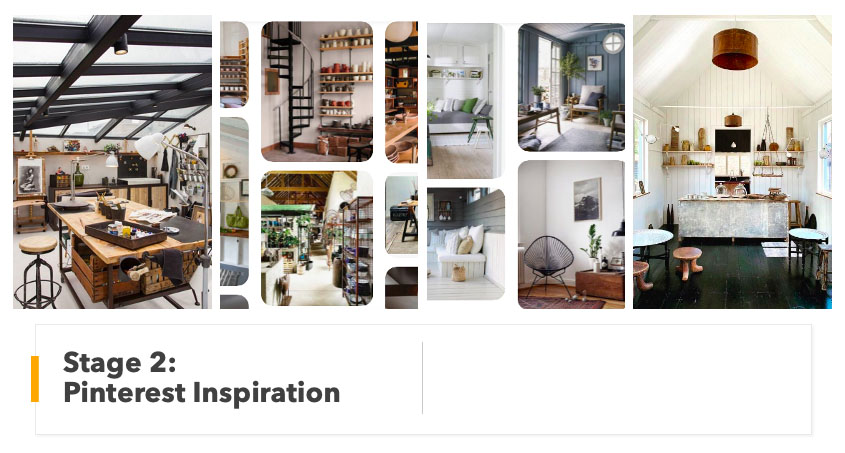 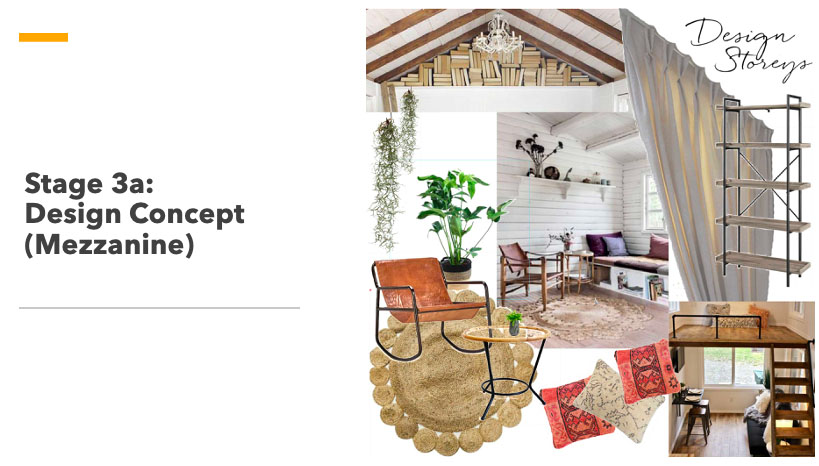 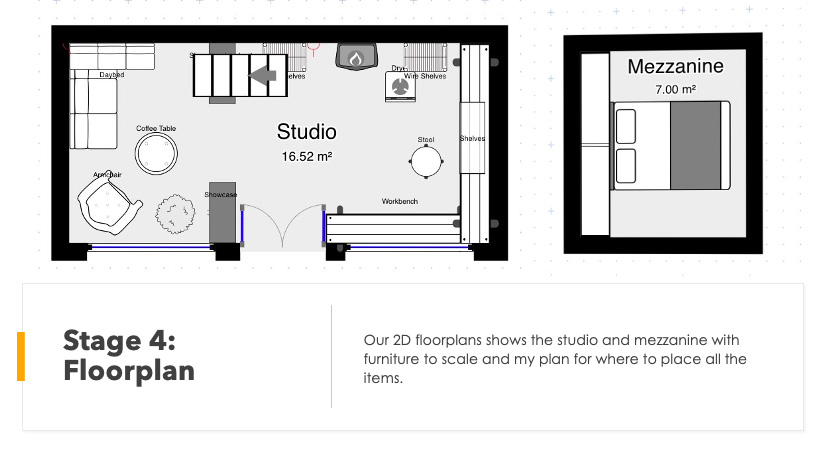 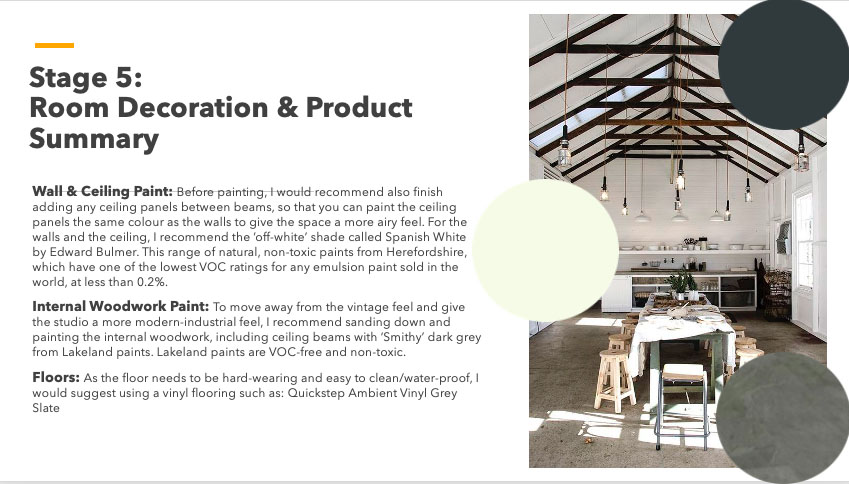 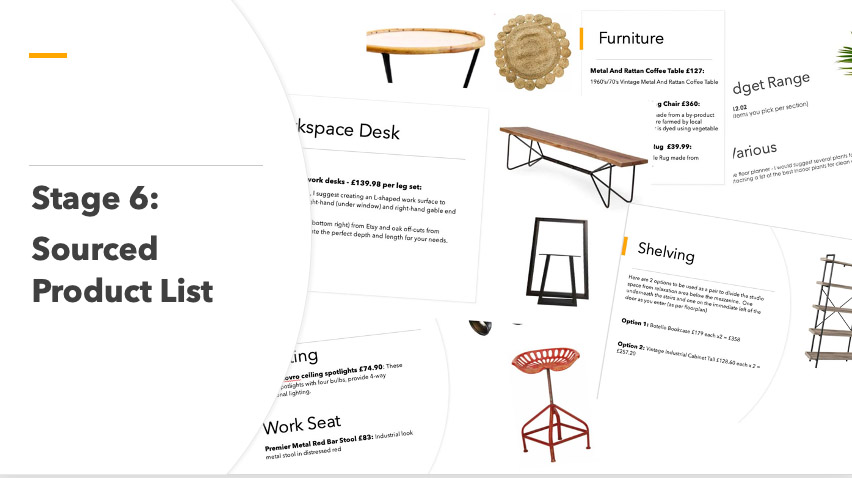